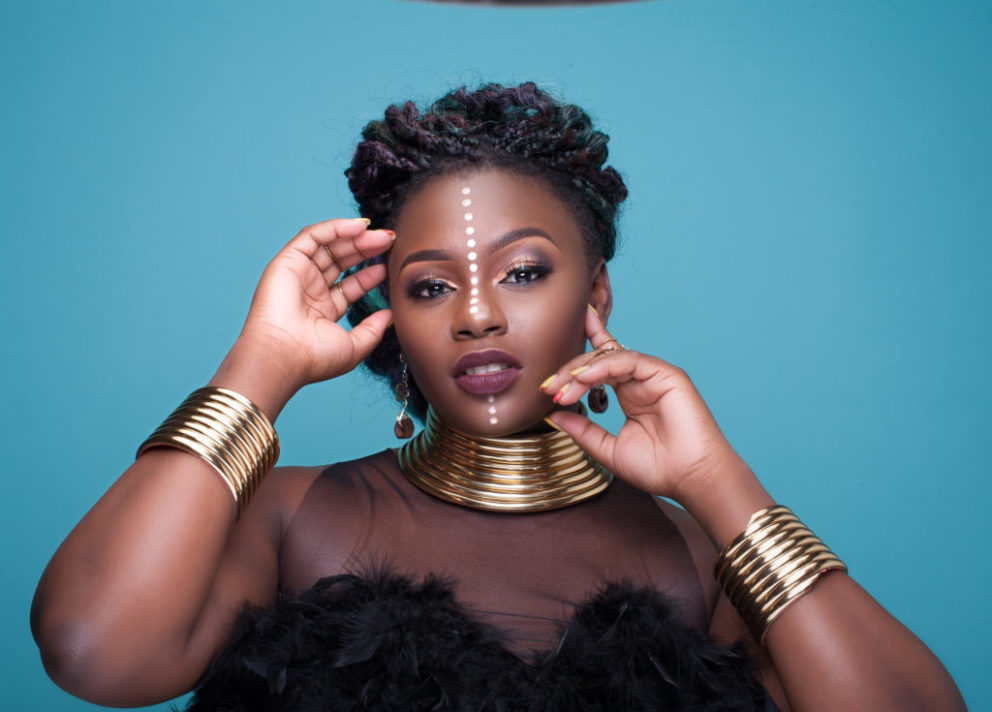 Amanda Black hails from Umtata, and grew up in Butterworth. She studied Music at the Nelson Mandela University in Eastern Cape. Amanda came into the limelight after entering the South African Idols competition, in the 11th Season. In 2016, she was signed up to Ambitiouz Entertainment, and went on the release her first album, Amazulu, which went Platinum in three weeks!

Cape Township Times caught up with Amanda after the launch of her sophomore album, Power, and she shared with us, snippets about her inspirational journey, up to the release of her new POWER album.

Tell us about Amanda and music?

I was born in Mthatha, grew up in Butterworth and finished my education in the Eastern Cape. I have Always loved music, singing since I was small, I would be called to sing whenever and I would just sing.

Where is your favourite place?

It is easy to tell that her family play an important role on her life, as her face lights up when she speaks about her family.

You came with the album Power! Please tell us about this new album and What inspired it?

Power is my Fight Album, My Fight Songs, coming from where I came through, the industry, my struggles, my entire being in the past 3 years. my triumph story, this is how I am standing up for myself, it’s me taking back my “Power”, I felt the industry took it (Power) away from me. People in the industry had more money than me, more connections, more complete control of myself and my career, so I fought, “Power” is how I overcame that. That’s what the album is about. I had to Dig deep to find it. That’s what the album is about, the title track, Power. The Power is in my veins inside my heart. 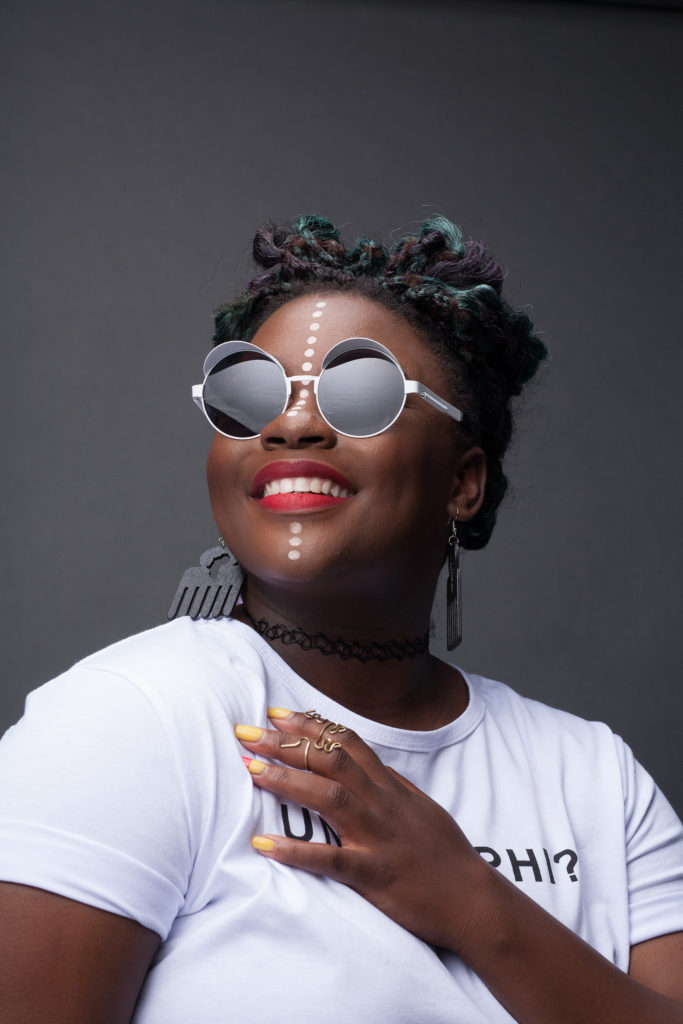 From this album, which one is your favourite Song?

“Power” is my favourite – followed by “Famous”, I wrote “Famous” in 2015, shortly after Idols, I was lying on the couch, I was afraid, scared, asking myself how am I going to start this career.., Idols didn’t work, so laying on the couch, literally the words came out “I want to be Famous”, but then at the same time I don’t want to be famous because somehow I understood, I would have to give up some things, give up some parts of me.

Essentially Music, Fame and Art don’t go together it’s not the same thing. People mistake that. There are people that dont sing but are famous. It’s a conflicted song…I want to be famous, but if that’s what I have to do to be famous then I would rather not be famous.

With your journey now, what would you say about the song Famous?

It was telling – prophetic. I had no idea that I would relate to it so much, 3 – 4 years later, it is part of the story of “Power”.

Where would you say you get your inspiration, where do you plug into to get inspired?

God and my Ancestors, I understand my Power, God is within me, and my ancestors are within, because my roots are within me, they are my roots. I don’t write the words and sit and say this is how I am going to do it. It will come to me. I won’t even know how to express myself, but it will come to me. It comes from something deeper. My ancestors are singing through me.

Our history is ingrained in our veins, we have an awakening, knowing yourself and your history. When I wrote “Amazulu”, I was still a twenty-three-year-old, but I knew what I was singing.

What would you tell your young self?

Believe in yourself, I had low self-confidence, so I would tell the young me to just DO IT! And I, in the same way, would like the young me to tell the older me right now, to keep on dreaming, to be unafraid. Not to let fear control my life. Don’t stop dreaming. If anyone said anything about me or how I did things it would sway me, affect the way, and why I was doing music.

I would tell her to know she is here for a reason, some things I know now, that I am sure of. I am here to do this work, NDILINGOMA m’na. That’s what I am here to do, I am here to travel through time and transport these messages to people, from my Ancestors, from God, because in some messages, I used to sing about things I haven’t experienced.

As well as I draw strength, from these places I write about things I understand and know, in however way or form, through my experience, through people. Sometimes I sing to uplift myself, only to find that other people are also going through the same. 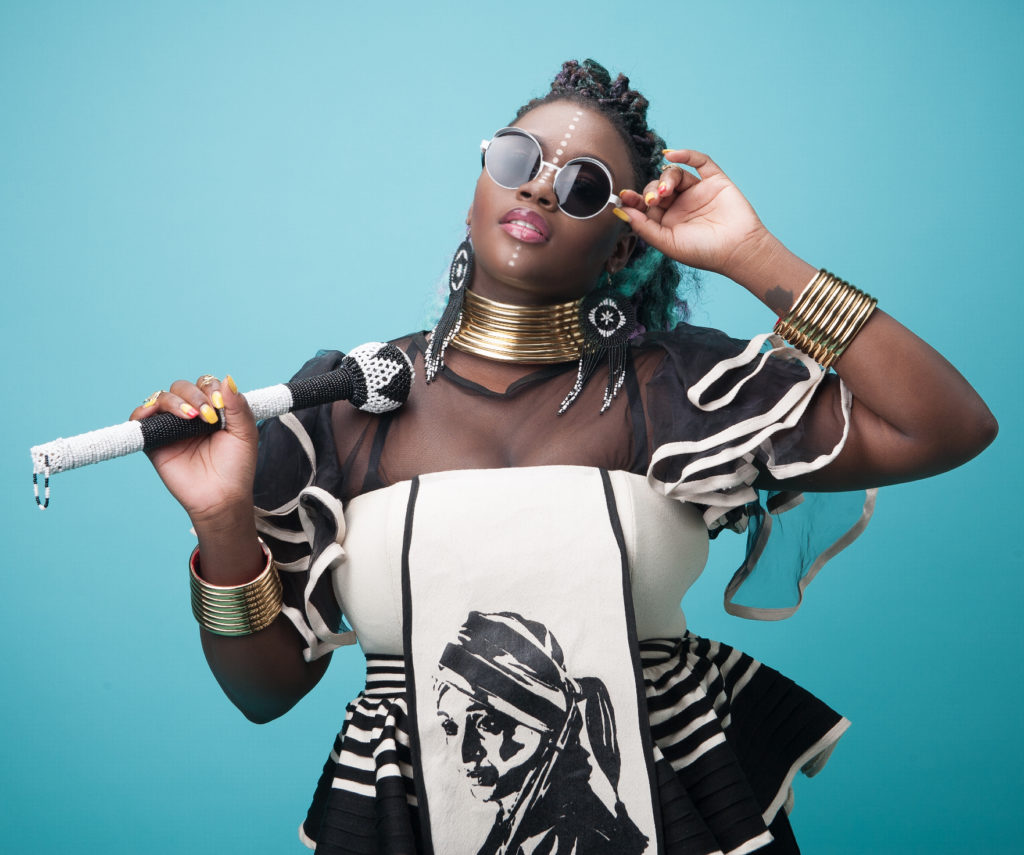 Something for the ladies…Please tell us about Anthony Hamilton?

Vuka was written and done before I met Anthony. He was watching me perform at a gig he was Headlining in Mahikeng. During his set, he mentioned the SA artists he admired, and I was one of them. After I left the venue, I was told he mentioned me as one of those musicians he admired, I straight away asked management, we have to get in touch with him.

We had a meeting with him the following week and he was so down to earth. Our whole team agreed that the song “Vuka was the one we would use. Vuka is about Rising UP! It is a representation of where we are now even as a nation.

We sent him the song in its full and he loved it, he sent it back, and we were expecting him to mute my verse and do his verse, but he sang the verse in isiXhosa! That’s how Anthony Hamilton sang in isiXhosa.

The album also features the Soweto Gospel choir – I hunted them down and asked if they would like to do a song with me, and they said definitely!!! These guys were nominated and Grammy award winning!

Nigerian star, Adekunle Gold is featured in the song “Afrika”, a song dedicated to the continent of Africa. Also featured is musical Gem, Ami Faku and poet, Kush Mahleka.

What’s in the future now for Amanda?

BIG THINGS!!! I am so excited!

I can finally see the future, the dream again, the vision, for a while I didn’t see it…going through what I was going through, there were moments when I didn’t even didn’t think I felt like singing It was a dark place. That’s how real things were. That’s why I couldn’t write, I had creative block, because I wasn’t dealing with what was happening emotionally, I was running away, and not only just running away, I was trying to fix things, in all directions, I would be blocked this side and I would try to go another direction, to make sure my career is not destroyed. I was in damage control mode, and I couldn’t face it. Then I finally got to this point of, I am Powerful. It’s a journey and I am still getting there.

Getting there is a process, it was like a moment, it felt like it was a switch moment, because I had been in that dark space for so long and it felt normal, but I was dying inside. Music is me. Having my connection with music broken, it was my connection to God, a connection to my ancestors.

Other people “bayapahla” (connect with the ancestors through traditional ceremonies), and others pray, I connect through music, that’s how I was created. When everything was disconnected, I felt alone, so I think what made me get up, I fought for it, I asked myself, if I am not singing, who am I, If I don’t minster through music, who am I, if I am not listening to music, who am I.

My mom would ask me what else I would do if not music, my family built me up and motivated me. Love for music is from both sides of my family, I have loved music from a tender age, even from the belly!

My entire family always reminded me who I am when I was lost, then I fought to come back, I fought to be me again.

Any message to your Fans?

I don’t want to call them fans – I want to call them Supporters, thank you, to my supporters that love my music and buy my music, I am extremely grateful! I know a lot of people would say I wouldn’t be here without them, it’s true, I would still be a girl singing in Port Elizabeth, I am very grateful. I appreciate those supporters that treat me like “Um’ntu” like human, and they come up to me and give me love and share with me. It is because of them that even when it gets hard sometimes, I know I didn’t make a mistake.

Thank you for that, siyakude nalomculo (there is still a journey ahead with music), the messaging needs to travel, and the healing needs to happen, it’s going to go across the continent.

Sta-Sof-Fro launches campaign for empowerment and celebration of the multifaceted nature of women.

A football fairy tale forged in hard work and forethought