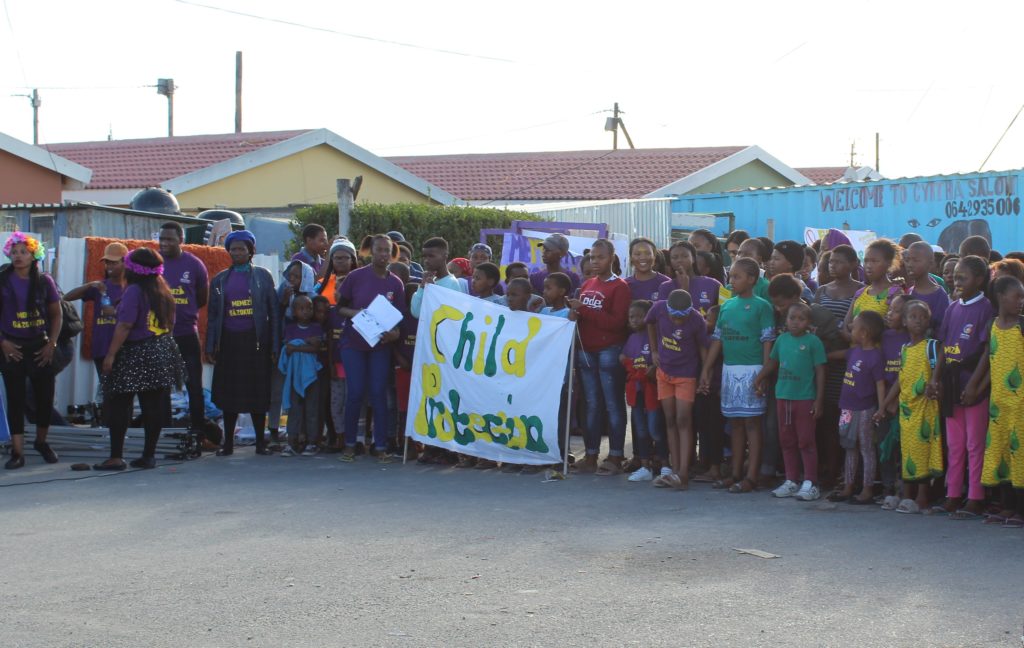 November 2020, South Africa: The hard lockdown has been a missed opportunity for South Africa to turn the fight against gender-based violence (GBV) into one that successfully protects survivors, adequately deals with perpetrators, and prevents abuse from happening in the first place, women’s rights activists say.

Violence against women and girls: it is a social ill President Cyril Ramaphosa has referred to as the second pandemic, with COVID-19 being the first one. Civil society leaders say they respectfully disagree. “GBV has been a pandemic for many decades, long before COVID-19 knocked on our doors. Despite the severity and the thousands of lives lost and destroyed each year, little has been done to find a cure,” says gender rights activist Nehwoh Geh, currently general manager at Afrika Tikkun’s Uthando Centre in Braamfontein. The facility helps children in their personal, social, academic, and professional development, from the age of two until they are young adults.

“I often ask myself whether we got the message around GBV. For a moment, the lockdown gave us time to pay attention and do something, particularly as the national hotline became inundated by the thousands of calls from women and children who had been locked up and trapped with their abusers,” she says.

The reported surge in calls doesn’t mean there has been a rise in abuse, she stresses. Many survivors will not report their ordeal the first time, or even the second or third time it happens. “This is out of fear for the repercussions, shame, guilt and other things as well as a prevailing stigma,” explains Geh, who has been working in the GBV sphere for two decades, including for the gender rights NGO People Opposing Women Abuse (POWA).

A contributing factor is that many abusers are close to their victims. “They are husbands, boyfriends, brothers, fathers, and uncles, but also friends of the family. Abusers are seldom total strangers. This makes it extremely hard for survivors to do anything but to keep quiet.”

Low conviction rates also deter women from reporting their ordeal, Geh adds. “In September 2020, Bheki Cele identified 30 GBV hotspots in South Africa, including the following communities Afrika Tikkun operates in, Alexandra, Orange Farm and Mfuleni. Out of the 4 058 people arrested for gender-based violent crimes since lockdown started in March, only 130 cases – 3% of the total – resulted in a conviction,” she says. “Why should you report what has happened to you if nothing will happen to the culprit, often someone you know, with the risk he will retaliate against you for going to the police?”

For these and other reasons, the South African GBV narrative needs to change. “By predominantly focusing on encouraging survivors to speak out and report their abuse, we are placing the responsibility of solving the GBV problem on their shoulders, ignoring the many reasons they can’t or won’t speak out. We need to address our messages to men and boys to help them become better people, assist them in taking charge of their demons before things start spiralling, and hold transgressors accountable for the harms they inflict on women and children.”

This doesn’t just apply to physical violence as GBV is much more than that, says Geh. In most cases, it doesn’t even start with a beating, rape, or other physical acts but with prolonged periods of emotional abuse, degrading comments, and other toxic behaviour. “Some behaviours are blatant, others very subtle and almost unnoticeable for the outside world. Perpetrators are often let off the hook in the name of loyalty, shame, guilt, family ties, or the famous “boys will be boys” myth, or the notion that “she asked for it”.”

Geh stresses GBV will not end if people, especially men, won’t start holding each other accountable. “Women have tried, but with no avail. Violent and aggressive men are more likely to listen to other men, whom they view as their equals,” she says. “You can’t say you are a Good Man because you have never beaten a woman if you turn a blind eye to bad behaviour that harms the women you say deserve protection.”

Last but not least, Geh says systems need to be bolstered to hold perpetrators accountable and prevent abuse from continuing. This will help women come forward. “During this year’s 16 days of activism, we call on the Justice Department and all other departments to take their job seriously if we want to save lives.”

Creating employment for the ‘Unemployable’

ABOUT US
Cape Township Times aims to develop content to serve the township  population, reporting on  real stories comprehendible and relatable to the man on the ground. Cape Township Times will deliver content  with a salience put on common issues that promote social development and social awareness, underlined by a spirit of upliftment and Ubuntu.
We aim to promote the inclusivity of all diverse cultures present within the townships whilst bridging the gap, of a lack of positive impactful content that speaks to people in the township communities.
Contact us: jacqueline@capetownshiptimes.co.za
FOLLOW US
© 2021 Cape Township Times | All rights reserved
MORE STORIES
News

What 2020 has given us: stronger relationships and generous spirits.