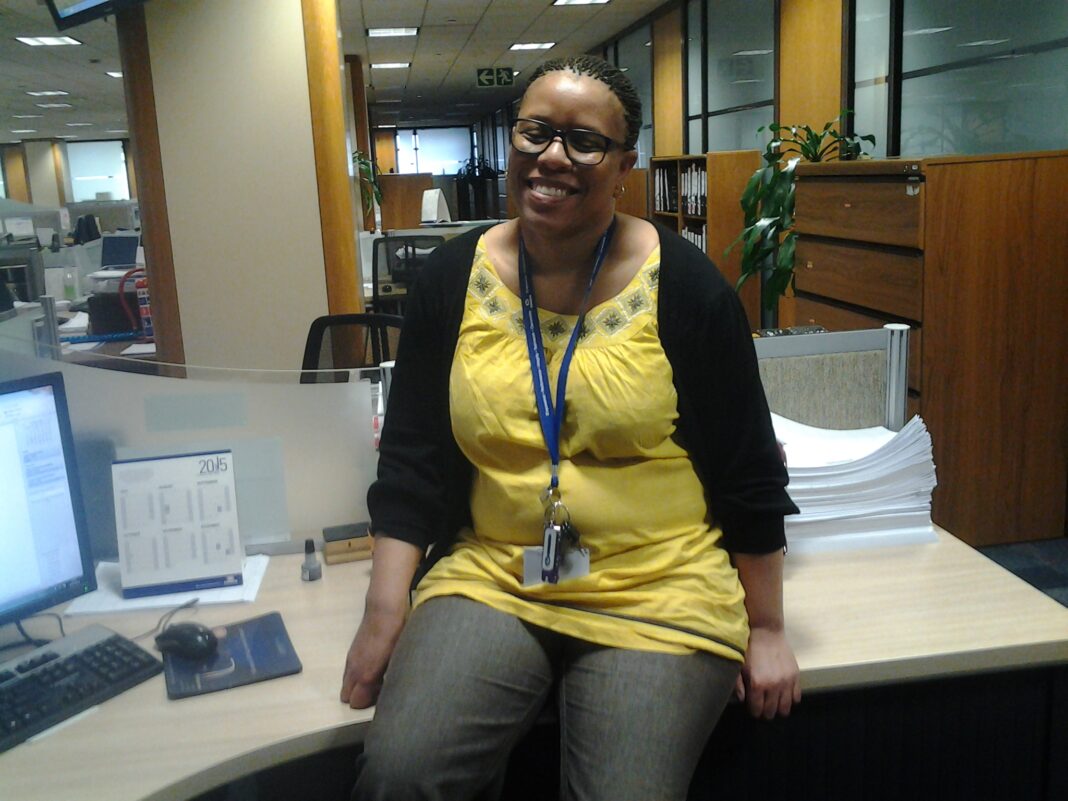 Channeling the famousrallying cry of the 20 000 brave women who marched to the Union Buildings in Pretoria in 1956 to fight for freedom, Engen’s Xoliswa Ndlazulwana’s has used the sheer force of her character to bounce back from extreme hardship and be a shinning inspiration to all.

This Women’s Month, Engen celebrates the Khayelitsha local who at the tender age of 16 was left paralysed from the waist down after contracting Tuberculous Meningitis (TBM).

While fighting for her life in hospital, Xoliswa’s father passed away, at a time when she needed him most.

Two extremely fraught years followed, her raw emotion bubbling to the surface as she recollects a burdened time when she lost her independence and was “as helpless as a new-born baby who was unable to go to the bathroom on my own.”

“As a grade 8 student at South Peninsula High School in Diep River, this was extremely traumatic and I felt vulnerable and exposed as I no longer had any privacy,” reflects Xoliswa.

She is truly grateful to her family for their continued support and especially to her late mom, who will always be her hero.

“My mom helped me survive when I was at my lowest point, and also find a way to accept and adapt to the new version of myself.”

After being wheelchair bound for two-years, Xoliswa was ecstatic when she started to get some feeling back in her legs.

Through immense grit and determination, she was eventually able to stand on her own.

Despite missing two years of school, Xoliswa fought back to pass matric, and later through support from Engen obtain a paralegal diploma.

For the past seven years she has worked as a Supply and Trading Administrator at Engen’s head office in Cape Town.  Not one to stand still, Xoliswa is currently enrolled on the Engen supported Disability Economic Empowerment Trust (DEET) driver programme so that she can add a driver’s licence to her already impressive list of achievements.  But getting to where she is today has taken immense determination and courage.

“Most people do not understand the daily struggle I have to endure just to get through a basic day because everything I do takes so much longer than it does for an able-bodied person,” says the single mom of a 10-year-old boy.

“My son is my greatest gift.  He means the world to me, and my love for him, gives me the strength to endure my daily challenges so that he can have everything that he deserves.”  But sadly for Xoliswa, many people still have little understanding or empathy.

“They don’t realise the gruelling daily physical and emotional struggle that people with disabilities must endure, just to get through the basic things.”  Xoliswa is a strong supporter of women encouraging one another and believes women should stand for themselves, and never depend on others for their survival.

“We really need to encourage one another more and fight back against Gender Base Violence.

“I am the queen on my own castle, because I love myself and I have so much respect for all women out there.” Xoliswa says working for Engen has changed her life.  “My previous employer was discriminatory and used to complain about how long it took me to go to the bathroom.

“Engen is 100% supportive and disability inclusion is one of the company’s key social investment focus areas.”

To stay grounded Xoliswa listens to music which she says calms her down and allows her to focus on the positive things that have happened in her life.   “When I’m down, I shift focus and put a smile on my face because I have my son to care for.

“My greatest wish is that I will still be here to see my son graduate.”  For Engen, Women’s Month is poignant time to acknowledge the talent and determination of extraordinary women such as Xoliswa Ndlazulwana.

Engen congratulates Xoliswa for her bravery and phenomenal success and salutes all the women of South Africa.

BLAKE THE CHAMP BALANCES STUDY AND BUSINESS TO EMPOWER YOUTH

Enough of the drunk uncle jokes – Stop alcohol abuse, it is our duty.

ABOUT US
Cape Township Times aims to develop content to serve the township  population, reporting on  real stories comprehendible and relatable to the man on the ground. Cape Township Times will deliver content  with a salience put on common issues that promote social development and social awareness, underlined by a spirit of upliftment and Ubuntu.
We aim to promote the inclusivity of all diverse cultures present within the townships whilst bridging the gap, of a lack of positive impactful content that speaks to people in the township communities.
Contact us: jacqueline@capetownshiptimes.co.za
FOLLOW US
© 2021 Cape Township Times | All rights reserved
MORE STORIES
Events